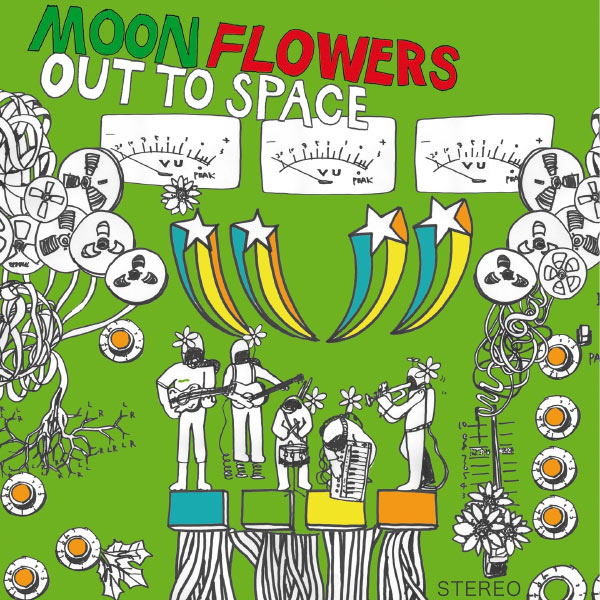 here a press release:
The band were famous in the 1990s for their psychedelic, sometimes naked shows and were beloved by their cult following. They also managed 5 albums before they dissapeared in rural france in the late ’90s which have stood the test of time where many have fallen by the wayside.

These albums are available digitally for the first time this year on Disco-Ordination records. And the band are releasing two compilation CDs this year:
Having Fun With The Moonflowers – contains 12 their favourite hits and party tunes. Available from July 18. A great summer compilation.

Out to Space – perhaps a more Autumnal offering features 12 of their spacier and more cosmic sides. Available from 1st September. Here’s the track-list:

The Moonflowers reconvened on the 11/11/11 (ending the show with a triumphant version of John Lennons Imagine “and the world will be as one, one, one ,one ,one, one. One”). The band had such fun they decided to do it again this year. Let the fun continue!